Hello and Welcome to

Naraena's Dogs of the Vikings

The people behind Naraena are Michael & Wendy Sharman. We were born in the South of England and our mothers were best friends at school. We were married in 1968 and were both brought up with dogs and cats. Together our first 4-legged companion was “Lucky” a black and white moggie who came with Wendy followed by a Beagle puppy who joined us in 1971. 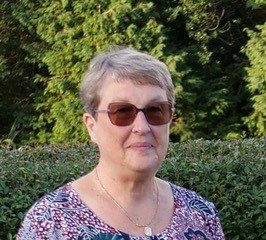 Our Beagle “Mandy” did not appreciate being left for even the shortest amount of time and this led us to look for a canine companion for her. Wendy’s mother introduced us to a Samoyed owned by a friend. We decided to see whether we could find a puppy of that breed. Hindsight is a wonderful thing but in those days the internet was not available and so we looked at adverts. Having spotted an advert for Samoyed puppies, Wendy telephoned and was told that they were all sold but that they had an Elkhound puppy. No knowing anything about this breed, out came the dog books! We decided that we liked the look of the Elkhound and thought that the coat would be easier to keep clean. The kennels turned out to be a clearing-house for many breeds most of whom arrived by train from Wales! Despite our ignorance, we were lucky because “Kym” was a superb family dog, very healthy and lived to 16.

The kennel and cattery name “Naraena” was first registered in England in 1980 with the UK Kennel Club and the Governing Council of the Cat Fancy. The first litter of Norwegian Elkhounds bearing this affix was whelped in February 1981 from our foundation bitch, Brattlid Elena of Naraena and our male, Laekness Statlig Stej av Naraena who was born in quarantine. His dam was imported in whelp from Sweden by the late Isobel Clarkson (Laekness) and her sister the late Anne Charleston. The first Burmese kittens from our cream foundation stud Ch. Anselig Anjin San and queen, Ch. Wayward Running Bear, were born around the same time.

Over the years, work commitments have influenced our breeding and showing activities which meant that Norwegian Elkhound litters have been bred infrequently over the years, rather when we wanted a new puppy for ourselves.

Elkhounds were not a common sight and following a chance meeting with the late Frank & Molly Rogers (Rogersome) and their dogs, we gradually became more involved with the then British Elkhound Club (now known as The Norwegian Elkhound Club of Great Britain). In 1980 Michael was elected to the position of Honorary Treasurer, a post he held for 30 years and now stands as a Patron of the Club. Wendy proposed and produced twenty one editions of the Elkhound News Magazine together with a number of the Journals that are the envy of many with a history spanning many years. Wendy was elected to the Committee in 1984. She resigned from this position in 2007 due to her move to Sweden as communications were not as easy then as they are today.

WE ARE BOTH LICENCED TO JUDGE

We are both licensed to Judge Norwegian Elkhounds at Championship Show level and award Certificates both in the UK and USA and have had the great honour to have judged the breed at Crufts. Wendy also awards Certificates to Finnish Spitz and Swedish Vallhunds and has judged many other breeds at Open Shows, the equivalent in Sweden being Inofficial Shows. Having studied and passed an Anatomy & Judging course run by Västra Kennelklubben (a branch of the Swedish Kennel Club), under the jurisdiction of the F.C.I. is able to judge any breed without certificates. 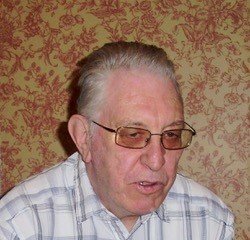 In 1992 we moved from the South of England to a house near Leicester in the Midlands. We visited Scandinavia many times after our first visit in 1987 in order to quench our thirst for more knowledge about Norwegian Elkhounds from their original home-land and owned a property in Norway for several years. In 2007 we purchased a house surrounded by forest with native birds and wild animals (including Elk (moose) of course) in the West of Sweden, the homeland of the Västgötaspets (Swedish Vallhund) and, indeed, the actual area of Sweden called Västra Götaland. The first Västgötaspets joined us in 2003 and she was bred in Sweden.

Our dogs and cats are companions first and form the core of our family and, thanks to them, we have many friends and fellow enthusiasts around the World.